I had not realized how much I missed the Ocean, or as I  call Her, the Mysterious Lady of the Sea. After the Guadeloupe mini debacle, debacle is a strong word (though I feel we did get mini fucked over by the travel insurance that comes with our gold titanium diamond superhero credit card), we had to plan B in a hurry, sort of like the morning after too great a party. As we were cancelling trip number one due to mild civil unrest, I received a promotional email from a place we dove with previously on Cozumel. At the same time, a friend sent us an advertisement for a good deal on a resort on that very same island. I think Cozumel, the Island of Swallows, wanted us back. Since burning tires at crossroads kept us from the French Antilles, Mexico it would be. Avast me hearties! There are A LOT of divers that migrate in large schools to this island, the contrary would be crazier than catholic schoolgirls at a Bon Jovi concert in 1987.  Around Cozumel the waters are warm (relatively speaking), limpid, the reef healthy, the topography beautiful, and the fauna abundant. A protected Marine park since 1996, there’s simply no trash to pick up, and no fishing either. 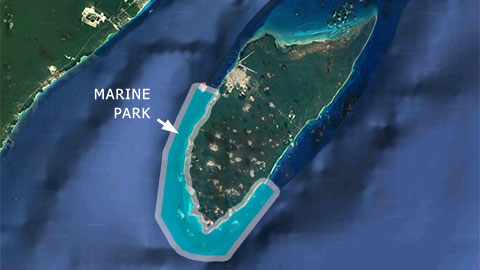 Of course when a lot of people know about a great place, a lot of people go, and that is both good and bad. The good? The infrastructure is there and well oiled. Bad? There were over 30 boats on our first dive site one morning. This can, and does, lead to divers metaphorically and figuratively bumping into each other. There’s even a procedure in place for when divers surface and get on the wrong boat. Underwater the noise from all the vessels can be surprising, of course one of those was ours so… A discussion for another time. However I’m getting slightly ahead of myself. All good stories have a beginning and that wasn’t quite it. Let’s rewind to the morning, well night, of our departure.

The alarm did not go off at the right time, in fact it did not go off at all. I was just up and looked at the time. Lucky. The cab was late, I called dispatch and got attitude.  At the airport we got a taste of what it would, or will be, to be ruled by machines. Automated check-in with robot baggage deposit. Our dive bag clocks in at 23.8 kg, allowance? 23.7, the machine told us, basically, to bugger off. No human would have done that. That’s some not so subtle fuckery on the airline’s part. Can’t get mad at a machine (unless you’re on the train to Nutsville, population you). A book added in-extremis was the culprit. Went into my carry on. Weight on the airplane? Same. Yes, I’m a little bitter.

That being said, lest I come off as an angry, grumpy, acerbic old rando just waiting to spew napalm on everything, I had a very pleasant flight, and it was on Rouge, which is quite an accomplishment. I have bruises on my knees from the seat in front (like I said elsewhere, there is a cost to flying cheap), but I slept a solid three hours. Landing in Mexico was euphoric, promise land boss level tingling. Even the smell of stale humidity at the airport was a whisper of goodness to come.

Once you are past customs, and all those friendly dogs wanting to sniff you, the gauntlet of less than honest propositions start (albeit, we are not talking “Egyptian banana” level, that was something else). There is really no reason to stop for any of those cleanly dressed smiling people lining the corridor to the exit. Make your way out of the airport, there will be a bar (yes, right outside the airport, great concept) should you be so inclined (we were), and spot whoever is holding a sign up from your hotel or airline. If you are going all Indiana Jones do your research and be ready to haggle. Bushy tailed wide eyed pasty gringos stepping off an airplane are easy pickings. We beelined to the aforementioned bar and had dos Dos Equis. Things were looking good.

40 minutes or so after that first delicious beer, I finally had my feet in the warm sea for the first time in what felt like ages. Magic I tell you. We settled in quickly and went hunting for the dive shop, which turned out to be a closed counter. A resort employee told us we would have to come back the next morning, which sounded dicey, in order to catch the morning boat. It was indeed, because there was no one in the morning either. The Caribbean can be a little “spongy” when it comes to information. Someone else told us there was never anyone there, but there was a dive shop at the other resort next door. Looking at the time we just grabbed our gear and went across the beach in a hurry, and everything fell into place.

A helpful gentleman with a tattooed tear made us fill out “it’s not our fault if you die” papers, and we were on the boat before the ink was dry, giddy like kids on Christmas morning. Getting ready for what would be the first of twelve dives that week, I realized we forgot to remove the dry suit hoses from our regs, that raised a question or two on the boat, but it was a good icebreaker with the other divers. Then the  wonders began. Sploooosh. The water was a touch cold for a semi skinny guy like me, my 3mm long wetsuit was not enough to keep my lips from turning blue on overcast days. Keep in mind this was December (I blog slowly). I will bring a hood next time. I was properly frozen on the second day after two 50 min+ dives that ended by surfacing in a heavy downpour. I shivered violently for a bit. The rain did not let up all afternoon. We had no choice but to have a few drinks while looking out at the horizon. Proper tropical deluge. Things could be worse. A loaded dive boat went by, respect from loaded divers.

On the 5th dive I felt it. The zen scuba feeling kicking in. You know how the boat works, you have you gear down pat. You ate (or not) just the right amount for breakfast at the right time to avoid embarrassments. You are standing on your X, living very close to your best life, and the Sea is kind to you by showing you wonders like nurse sharks, octopus, flamingo tongues, or black tip reef sharks.  You write about it in the afternoon with a cerveza . Yes please. Our 11th dive was truly magical (43min, 102 feet) with the treat of a small school of nine reef sharks, and a large eagle ray flying through the middle of our group.  Back on the boat four dolphins swam ahead of us. It was that good a day, and I’m skipping all the other cool things we saw. Overall I was surprised how few (one?) lionfish we encountered. Have they all been eaten at recreational depths? Or have they learned to come out only at night? I had a nagging feeling that even though the coral is looking good, with apparent new growths peppering the sea bed, that there was less fish. Maybe the (nocturnal) lionfish are doing a number on the locals? Maybe it was just my impression, or the season.

When we went into town for a spot of shopping one afternoon. The people in San Miguel were either tuckered out from a day of hawking at two cruise ship loads of Americans, or the pandemic softened the attitude towards tourists a little, imho I felt some of that second one. A taxi driver encouraged us to tell more people to come visit. The week went by quick, as they do. On the way back our luggage was over the allowance by a few kilos (hot sauce is heavy). The gentle human behind the check-in counter did not care and was all smiley about it. Departure beers were had as per tradition, as we talked about our best moments and planned our next trip. Clearly the only problem with Cozumel is that it’s great diving, inexpensive and near. See you soon Mysterious Lady of the Sea.